Our website does not use COOKIES. One COOKIE named sessionID is temporarily created by the browser itself, so that it can always identify with the currently visited website. In addition to that some COOKIES are created by Google with their ANALYTICS tool that we use to monitor visits on the website. And probably for similar reasons, some COOKIES can be created by Facebook, or some other social networks, if integrated.
Very well, we admit we really actually create one COOKIE of our own. It is the one that, after pressing the OK button, remembers that you´ve already seen this message on this device and so that we don´t have to bother you with it too often.

Alliance is multilateral formation of various players into one power. Such organisation offers various benefits, like increased area awareness, safety, trade income and military might in your section of the galaxy.


Each player is able to form a new alliance. This function is available from Empire overview - General page and requires only a minor investment of money. Creating truly powerful alliance however will not be that simple. For it to happen, player must influence others to join him. It is advised to consider your options, scout around for already existing alliances around you and maybe first do some good diplomacy with your neighbours.

Once the invitation is issued, you can accept it on the Empire overview - General page. Accepting the offer will cost you one-time sum of money that will be based on square distance function between your capital and alliance HQ (if established). If there is no HQ, or value is less than 100K, the fee will be exactly 100K. Even when you are member of some alliance, you can be invited to other alliances. This information is also listed on the General page. You can only be member of one alliance at a time.


This page is the main view of the alliance affairs. Here you can see basic statistics for the alliance, list of all members and also basic information about their population and thus also voting power. In addition to that, there is also extra list of invitations to other players to join the alliance, ongoing votes section and log of past and recent events that have taken place within the alliance.

If the alliance screen is viewed for other alliance, player can see only basic profile of the alliance and incomplete list of members, with just those members that he already has some intelligence information about.


There are four basic types of Alliance. Each alliance starts as Union and might go through changes to other types, or just stick to the Union.

Union - all members of the alliance are equal and all have equal rights. Some functions and vote types are not available. This type is OK for smaller, or starting alliances.
Federation - expanding alliances might get to a point, where it would be impractical to be ruled by all. At that point, one of the members can start a vote on a Commander. Once the vote is passed and signed, alliance type will change to Federation. In federation, not all members are equal, though voting rights remain the same - that is, for the regular members.
Empire - One of the commanders can be voted in as a first among equal. At that point he will become the Emperor and alliance type will change to Empire. In an Empire some of the high level decisions require Emperor to sign. Otherwise voting process remains central part of the decision making.
Dominion - Emperor can decide to take unlimited control over the alliance and become a Dictator. In Federation, any commander can initiate a vote for one of the commanders to become Dictator as well. This can usually happen in case of a great war or other threat to the Empire, or Federation and it must be passed by a vote. After the change voting remains only pro-forma, but otherwise Dictator can initiate and sign of bills as he pleases. Other players have no power, nor can they leave the alliance while it is of a Dominion type. Dictator can freely relinquish his power by initiating vote for return to Federation, when the threat is gone, but he might also choose to keep the power and see what happens...


Regular - standard member of alliance, all members of Union are regular members. Rights of the regular member depends on the type of alliance. With higher forms of alliance these rights are usually more limited.
Commander - Federation has one or more commanders that have more control over decisions within the alliance.
Initiate - Federation also introduces new role below regular member. Every new member of Federation will start as initiate and will have limited access to information within the alliance, as well as sensor data of other players. This limits espionage by hostile players infiltrating the alliance for the good of some other one. They also cannot propose any new votes, although they can take their fair part in voting. Initiate can be updated to regular member through vote - which usually happens after some time and after the player had a chance to prove himself to be worth it.
Emperor - First of the commanders, true leader of the alliance, respected by others to do the job right. He can also use veto power to reject any vote at any time. He can only sign a bill that passed a vote.
Dictator - Supreme leader of Dominion with unlimited power. Only Dictator can sign a vote. Only Dictator can relinquish his power and change Dominion back to Empire or Federation. He can also reject any vote at any time.


Yes, management within the alliance is based on a voting system with weight put on population size.
For each 1 000 000 population the empire gets one vote, plus one initial vote in total.

Available types of votes and required quorum to pass a certain vote might differ between alliance types. Also member rights to initiate vote, or sign a bill are defined by alliance type and member role. There can be maximum of 3 active votes at any time. In addition to that 3 more votes can be waiting in a queue and are activated when some vote is rejected or signed as bill.

Overview of all available types of vote follows:


Quorum represents needed % amount of votes in order to pass the vote as a bill. Remaining columns represents values of multiplier to check rights of a member to: Propose a vote and Sign a vote that passed its quorum.


It is a special outpost, controlled by the commander that establishes it, or by emperor/dictator, from the moment of his election. It serves as center of the alliance and it literally directly influences the joining one-time cost for new members. Larger alliances will definitely want to establish it, despite the fact that it will limit the reach of the alliance as it gets very costly for a new members to join the alliance if their capital is very far from the HQ. This fee is constant while the HQ is nonexistent, however it also means that it is not a military alliance, since only through the HQ can the alliance fleets and in consequence also the alliance outposts to be established.

And finally, as with any other outposts, alliance HQ can also construct special type of unit, called HQ hub, that has quite significant military capabilities and also increases the drydock production capability by 1. And it can be constructed 10-times. This puts maximum drydock production capability to 30x (instead of max 20x for colony). Each new hub segment also increases the alliance fleet and outpost limit by 1, making it maximum +10, in addition to the HQ itself.


Alliance allows the player to be part of something greater and more powerful. It gives him purpose and also sense of belonging somewhere. Most important benefit of that is of course the increased chance to grow the empire in peace and security of joint forces. To be able to create prosperous empire and thrive in trade and research.

Shared sensor range within the alliance also gives player much better knowledge about his surrondings and dangers from hostile empires that grow in the area. In addition to that, Sensor enhancement research is also shared within the alliance, allowing all members to use maximum range available from all members. 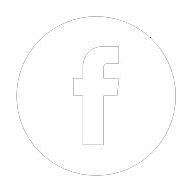 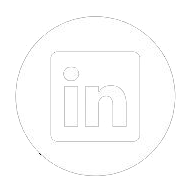